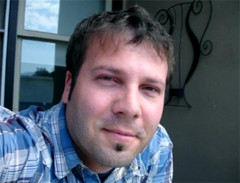 All good things must come to an end. Today I am announcing my departure from Star Trek Online and Cryptic Studios. For three years I have been humbled to work with such a fine crew to ensure that Star Trek Online became a reality. Through many months of hard work and countless good and bad days, we have created a living galaxy where anyone could boldly go. I’m now confident that the future of Star Trek Online is secure with Perfect World. While there is never a perfect time to leave such a good thing, I’ve chosen to move on in my career and pursue new challenges. This was a difficult decision but ultimately one that will start a new chapter for me and my family. My time at Cryptic has been wonderful and I strongly believe in all the employees of this company.

That is why STO will continue on the strong path ahead of it. Stephen D’Angelo, formerly the lead programmer on STO and current CTO of Cryptic, is returning to manage the project and ensure that the free-to-play launch goes off without a hitch. Stephen not only loves Star Trek, but has a strong understanding of how STO works under the hood and has personally been responsible for the majority of our performance improvements over the last several months to prepare for the onslaught of new users. He will be working directly with the very talented leadership team on the project to ensure that all of the features and content I’ve been talking about in the Engineering Reports are delivered with high quality. Stephen will be driving the schedule through F2P launch and the months after to ensure that the switch over goes well and that there is a solid content plan after re-launch.

In the meantime, Cryptic will be considering a permanent Executive Producer to take over the LIVE development team in the months after free-to-play launches. Rest assured that the team responsible for all the great improvements and enhancements to the game is still here. I’ve no doubt that you’ll enjoy the creativity and talent this team has to offer in the months and years ahead.

For the doomsayers, I encourage you to have faith in this team. While I have been honored to sit in the Captain’s chair, it is really the amazing talent of this team and company that have set the course for this game and kept it as strong as it is. There is no one to blame for my departure but me. In my opinion, Perfect World is going to be an amazing partner for Cryptic to work with. Free-to-play is something that I’ve always wanted for this game because I have seen the value and success of that business firsthand by watching Champions. Having Jack and Craig as leaders of Cryptic is also something that has greatly benefited Star Trek Online. They both love and care for this game and are more involved on a day-to-day basis than you may realize. I cannot express enough how thankful I am for the opportunity to have worked here. It is a highlight in my career and something I will miss when I am gone.

Before my departure at the end of the month, I will be fielding interviews, answering questions and working toward ensuring STO free-to-play has an amazing launch later this year.

Thank you for your trust and respect. It has been an honor to serve as your Captain.