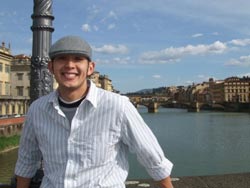 STO Interview with Associate Producer Andy Velasquez for JeuxOnLine - This is the original English text of this interview. You can also view the French translated version here

JOL: At start, there will be a choice for our character to join the Federation or not. When does it happen ? at the very beginning of the game, during creation of my character or after a tutorial, after being already entered in the game ? Also, Will there be some possibility to change our choice of faction ?

Andy: The player’s faction will be determined during character creation at the very beginning of the game. If the player decides to create a Vulcan, Andorian, or Bolian, for example, they will find themselves playing as part of the Federation for the duration of the game. Similarly after creating a character as a species from the opposing faction, such as a Nausicaan, that character will progress through the game as part of the Klingon Defense Force.

JOL: We have many infos on combat (ground and space) in STO, but a few about exploration and related 'trek' activities such as diplomacy, spying, scientific research on planets.... Can you tell us for example, how will occur a 'first contact' for a crew and what type of interactions, players will have to manage (dialogs, reports,...) ?

Andy: Non-combat gameplay takes a few forms in STO: exploration, diplomacy and commodities trading are the major non-combat gameplay types. Diplomacy, as the name suggests, involves a lot of talking. Chat with NPCs find out what their problems are and see what you can do to resolve them using your words. Exploration will send players to new and interesting systems and planet surfaces to investigate all manner of spacial anomalies, for example. Commodities trading are a form of diplomacy where the player will need to deliver specific items to the individuals who need them, such as taking a bunch of isolinear chips to a group of settlers who need them.

JOL: Is there a "civilian life" for characters in STO ? Some social activities such as entertainment places, or clothes that are not uniforms for characters, etc... In this case, will it be possible to develop skills that are not directly related to combat ?

Andy: While there is nothing so specific as a “civilian life” mode or civilian skills one of the things that we have done is create many different social environments so that players who are interested in roleplaying will have venues at which to do so. Visiting Quarks for a quick drink, lounging on the beaches of Risa or checking out the Pon Far pits on the planet Vulcan are some examples of the venues that will be available for players to engage in social activities.

JOL: If I have to disconnect quickly from the game and I'm in space, do I have to find a starbase for my ship ? How disconnections will be handled in space ?

Andy: If players become disconnected they will login to a location in sector space that is closest to where they were when they were logged out. So if you are travelling between locations or just hanging out in sector space you will be able to return directly to that location. If you are in a system map doing a mission and you disconnect you will respawn in sector space close to that system so you won’t have to navigate all the way back to that planet again. 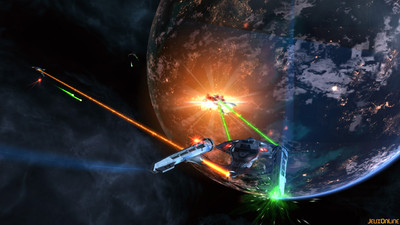 JOL: In space, do we have to take care of collisions with our ship ? Can I make some damages on a friend ship, let's say... just for fun ?

Andy: As part of normal movement and standard gameplay you will not damage your ship by colliding with things in the world like asteroids, space stations or other ships. Early on in the project’s development we had played around with the idea of collision damage but to be honest it just wasn’t that much fun, so we took it out.

That being said one of my favourite powers in the game is called Ramming Speed. Once a player activates this power they get a slight increase to speed and if they happen to ram into another ship they do massive damage to both ships. If you manage to take the other ship out just make sure you brace for impact after so you don’t take fall victim to the destroyed ship’s explosion.

JOL: In a 'craft' task, can we create only what our character can do (an engineer can be a good crafter), or will there be some sort of possible specializations ?

Andy: The creation and improvement itch that is normally scratched by a “crafting system” in traditional MMOs will be handled in a few different ways in STO.

As players explore and scan the many systems in the universe they can choose to harvest alien artifacts or unknown alloys. Players can then bring these to Memory Alpha, the central library for the Federation, and help the researchers there. By bringing these unknown objects there players will be able to create new equipment or augment old equipment and make them into something new and more potent. 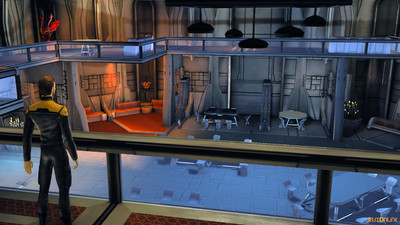 Andy: This is a really interesting idea that we have had many discussions about internally over the course of the project. Every time we discuss this we always come to the conclusion that if and when we do this feature set we need to make sure it is well planned and supported. So players shouldn’t expect this feature at launch but it is something that fans of STO should keep their ears tuned for more information for in the future.

JOL: What means exactly an 'episode' in STO ? Is it an other term for 'mission' or 'quest' ? Is it a complete in game story where we can engage with other players ? Can we have an exemple of a typical episode ?

Andy: An episode in STO is a 45 minute - 1 hour long chunk of content that sends captains and their crew through many different environments on a variety of tasks all wrapped up in a single compelling storyline. Episodes can be completed as a solo experience or as a team with some of your friends.

A sample episode might begin with a player receiving a transmission from Starfleet command with the last known coordinates of a Federation freighter. Upon arrival at the coordinates the captain notices that the freighter is in dire peril as it is being attacked by Orion syndicate pirates. After dispatching the enemies in space the captain selects an away team and beams over to the damaged freighter to rescue the stranded crew and to try and stop the warp core breach on the ship. After putting out plasma leaks that were blocking the way through the ship the away team finds the remaining crew of the freighter and make a mad dash back through the ship to an area where they can be beamed back to safety. Upon return to their bridge the ship becomes engaged by Orion reinforcements and must survive through a final climactic space battle. 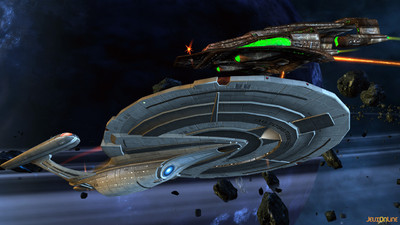 JOL: You said that player progression could be accomplished only with PvP. How that works ? Will there be some special zones for the players or we have just to declare a 'PvP status' for our character (and crew) ?

Andy: There will be a few different ways that players can engage in PvP. Since the Klingon Empire and the Federation are at all out war travelling along the neutral zone is perilous and one should expect to find plenty of opportunities to PvP.

Players will also be able to use STO’s “challenge system” to queue up for a variety of different PvP games. Standard deathmatch, point control and assault gameplay types are a few of the different game modes that players aiming to progress via PvP can enjoy.

JOL: Is there any chance for my character to use a holodeck in STO ? if so, what will I be able to do with ?

Andy: Similar to the idea of Fleet starbases the player’s holodeck is another gameplay feature that we have discussed frequently on the development team. Rather than adding a half complete feature just to say “we have holodecks” at launch we will look into this as a robust feature set and will deliver it when we feel comfortable with the quality of both the design and implementation.

JOL: Many thanks for the time Andy!

French translated version of this interview 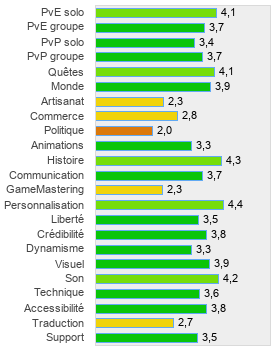